The 2011 Finn World Masters has broken all records this year with 306 Finns from 29 countries pre-entered.

Amidst a picturesque pinewood forest on the shores of the Mediterranean, the 2011 Finn World Master Championship was officially declared open this evening following an impressive flag bearing ceremony at the PuntAla Camping Resort, the host and major sponsor of the regatta.
Close to 1,000 people clapped and cheered as the 28 flag bearers were announced on stage before the Masters‘ President Fons Van Gent declared the championship officially open. At the end of registration on Sunday 284 Finns from 28 countries were confirmed present, making this the largest Finn event of all time.
The setting is truly idyllic. Launching from a beautiful sandy beach into a sparkling blue sea, the sailors have completed their final preparations.
Many have been here for days preparing and getting every little detail right, while also enjoying the facilities of this fantastic resort. During the training period the winds have been light to moderate, with the temperatures hitting 30 degrees.
Today’s practice races were about as good as it gets. Brilliant sunshine, 12-15 knots of breeze, long, deep waves and just so much fun. All the sailors here are just hoping their good fortune will last the entire week. This is about as close as it gets to sailing paradise.
Physically finding space for 284 Finns has been a challenge in itself and the beach, the dinghy park and others areas leading to the beach are crammed to capacity with Finns from across the world. As massive as it is the sailors have seemingly taken over the entire resort with masts, sails, flags evident everywhere on the 18 hectare estate. The event is a joint effort of all the clubs in the local area to get everything organised and has been a massive effort to cater for the enormous number of sailors that have turned up.
After welcoming all competitors and supporters on behalf of the international Finn Association, Fons van Gent read a letter from International Finn Class class president, Balazs Hajdu, „Recent events have confirmed that the Finn class is getting ever stronger in terms on numbers sailing and nations and continents represented in all age categories, from juniors to seniors and masters. This year’s Masters worlds builds on the continuous success of this great event, emphasising the national diversity of the masters where the sailor’s experience and sailing skills are just enormous. I wish you all the best for the regatta and fair sailing on the waters of Punta Alaâ€
Then the Finn class flag was handed over to the president of the race committee, Thomas Daddi, and Fons van Gent declared the 2011 Finn World Master Championship open.
Tomorrow the competition begins in earnest. The fleet has been split into four coloured flights of about 70 boats each, so each ‚race‘ will consist of four separate flights, with tow flights each on two separate course areas. The first race of the eight race series is scheduled for a 12.00 start, Monday. It is going to be awesome.

About the event: The 2011 Finn World Masters has attracted more than 300 entries from 28 nations worldwide. The Finn World Masters was first sailed for in 1970 with 18 boats competing. It has grown in size almost every year and the entry in 2011 is the largest ever entry for a Finn regatta. There are four categories of sailors: Master (40-49), Grand Master (50-59), Grand Grand Master (60-69) and Legend (70+). The defending World Masters Champion is Michael Maier (CZE) after winning the title for a second time last year in Split, Croatia.

About PuntAla Camping Resort: Located beside the Mediterranean in the heart of the Maremma region in Tuscany, Italy, the PuntAla Camping Resort is situated within a pine forest that used to be a hunting reserve for the Great Duke of Tuscany. It now covers an area of 27 hectares and includes 127 mobile homes, 60 bungalows, 350 caravan pitches and 150 tent pitches. It is an international destination offering peaceful, relaxed and comfortable seaside holidays. In 2005 the Sailing Club ‚Cala Civette‘ was established and it has hosted several major championships and events in recent years. 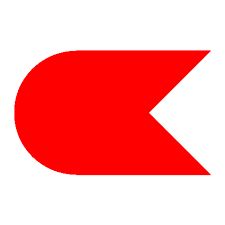